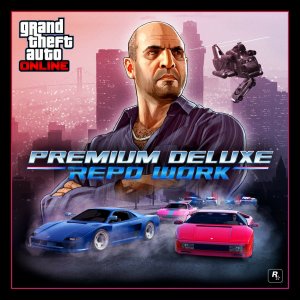 In this blog, I am going to give you the description for the last two new missions. There are some really cool discount and money making ways. Let’s get into this.

Thanks to the petty vindictiveness of his competition, Simeon’s latest shipment is going up in smoke. In order to avoid any unwanted attention from the authorities he’s not calling 911 – he’s calling you. Acquire yourself a fire truck and extinguish the fires as well as any lingering arsonists

A local international businessman is selling some luxury cars to a foreign buyer — off the books, of course. The cars are set to leave town in the back of a privately chartered cargo plane. That’s where you come in: intercept the shipment at LSIA, escape from the cops, get the vehicles to a safe location. Simeon will handle the rest.

In closing, there are two new missions. I will have reviews up on this blog on these two missions and the three missions from last week. This week you can own CEO office for free. If you do not own one, this is your chance to own the Maze Bank West office. You are saving a million dollars. Also, if you own a bunker, you are getting double money on it this week. These last two weeks have been good money making weeks. I do not want to hear that you are poor. Get that money, until next time play hard and party on!